In How to create a git repository we seen how it easy it is to create a new git repository and some of the configuration aspects you should consider. We also examined some advanced git configurations options to help improve your you inter-activity and productivity using Git. We also learned that Git is extremely popular with software developers because it enables them to work disconnected because they do not need to connected to central server. However, it important to realise that Git is has been purposely designed for effective team collaboration and there are some important criteria to consider when creating your Git repository.

A key point to keep in mind when beginning to work with Git is that it has designed to be used as a set of many small repositories . A mono repository strategy can be implemented using Git, however there are a number of aspects to consider.

In this post, we will take high level overviews of both strategies to get an idea of when and where to use each.

Programmers have been debating the Tabs vs Spaces argument for years. Basically the argument revolves around how developers should indent their code. Should they use Tabs or spaces. One might think this is an easy solution, get any number of developers in a room and bring up the point and you're likely to experience a lively debate. There are also many forums and bulletin boards full of the argument. Some programming languages mandate tabs others mandate spaces and the war rages.

The Multi Repository and Mono Repository debate, is pretty much in the same boat. The mono repository is a source control pattern where all the source code is kept in a single repository. It is believed that this approach makes it relatively simple to get all employees access to everything in one shot. Just clone it down, and done.

The Multi repository approach on the other hand, refers to organizing your projects each into their own separate repositories. Each project has its own repository, these repositories can still be broken down further.

One of the biggest proponents of Mono Repository is Google, who adopted a centralised source control system and all Google Employees work on a shared codebase and all software assets are stored in a single shared repository. Google have also custom-built their own source code repository, and a whole raft of custom build tools to support working with a mono repository.

Google's homegrown version-control system hosts one large codebase visible to, and used by, most of the software developers in the company. The centralized system is the foundation of many of Google's developer workflows.

As you might expect, there is no chance in hell, that any developer at Google, is going to download the entire Google mono repository to their laptop. 86 TB of data is going to take a long time to download, then of course there are the storage problems, disk space is cheap these days, but I still haven't seen any laptops advertising 86 TB+ of storage space as standard.

Google's codebase is shared by more than 25,000 Google software developers from dozens of offices in countries around the world. On a typical workday, they commit 16,000 changes to the codebase, and another 24,000 changes are committed by automated systems. Each day the repository serves billions of file read requests, with approximately 800,000 queries per second during peak traffic and an average of approximately 500,000 queries per second each workday. Most of this traffic originates from Google's distributed build-and-test systems.

Google chose the monolithic-source-management strategy in 1999 when the existing Google codebase was migrated from CVS too Perforce. Early Google engineers maintained that a single repository was strictly better than splitting up the codebase, though at the time they did not anticipate the future scale of the codebase and all the supporting tooling that would be built to make the scaling feasible.

The investment required to continue scaling the centralized repository has grown, Google leadership occasionally considered whether it would make sense to move from the monolithic model. Despite the effort required, Google repeatedly chosen to stick with the central repository due to its advantages.

The monolithic model of source code management is not for everyone. It is best suited to organizations like Google, with an open and collaborative culture. It would not work well for organizations where large parts of the codebase are private or hidden between groups.

Facebook have also added to the Mono Repository debate and even speak of the challenges and engineering effort they have had to throw at supporting their mono repository.

What is a Mono Repository

The software industry has varying definitions for a mono repository, however principally what they all seem to revolve around some similar attributes: 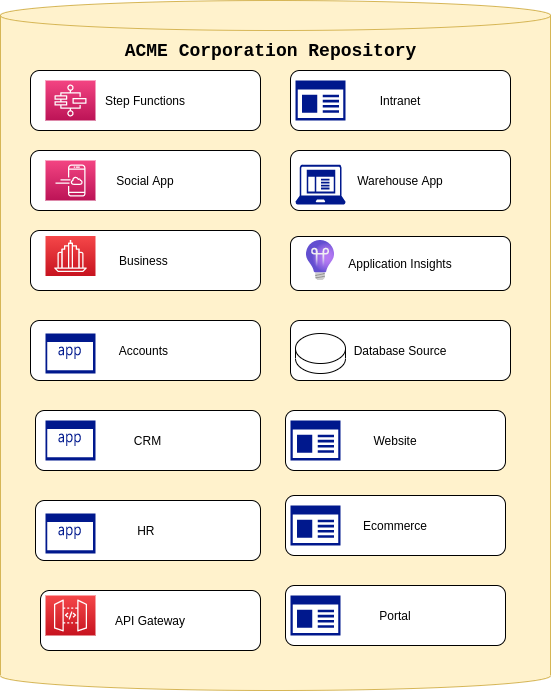 Advantages of a Mono Repository

Projects are organised and grouped together in a whichever logically consistent approach required. This may have a side effect of providing an easier mechanism to navigating projects, as if everything is on a network-based file system.

In Mono-Repo's there is a usually a mechanism for versioning and specifying dependencies. However, the reality is, this mechanism is usually cumbersome and involve a lot of overhead.

The big attraction to Mono-Repo's is that usually easy for teams and organisation to develop their own internal custom build and deploy tools.

The Linux kernel is a prominent example of a large open source software repository containing approximately 15 million lines of code in 40,000 files.

The Linux kernel is the main component of a Linux operating system and is the core interface between computer hardware and processes. It communicates between the 2, managing resources as efficiently as possible.

The kernel, is invisible to the user, working in its own little world known as kernel space, allocating memory and keeping track of file storage. What the user sees—like web browsers and files—are known as the user space. These applications interact with the kernel through a System Call Interface. All these applications etc for Linux are developed by other teams, company's, organisations, individual developers etc. They may never need to even see the Linux Kernel source code.

A Linux Distribution could be considered an example of a Multi Repository approach, because for the most part most distributions never have to actually have to have the Kernel source code within their source code, they only ever a dependency on the compiled kernel.

In fact, taking a look at Redhat on Github page will provide a much more holistic view of a multi repository approach, there are literally hundreds of repositories all providing some features, functionality or value to Linux but each has its own repository or several associated repository.

What is a Multi Repository?

Applications made of several microservices defined within separate repositories.

A Multi repository strategy refers to organizing each of your projects into their own separate self-contained repositories.

The Multi Repository is popular among organisations who are developing a Micro-Service or Service Oriented stack.

The main reason behind micro-service architecture is to release software faster, and to create small teams to develop and deliver a single service. Teams are responsible for managing the whole life cycle of the micro service responsibility from development to delivery and maintenance.

Creating separate repository for different service make sense because a team can then concentrate on a particular repository and maintain separate development and release processes.

full stack of that microservice.

download/clone time, that leads to faster build and deployments.