How to add files to a git repository

Once you have installed git on your Linux and and have either initialised or cloned your repository to are then ready to start creating, editing, deleting and updating files.

There are circumstances when working with git that you may want to exclude certain files from being managed by git and for that purpose we generally create git ignore files, which is essentially a text-based file that developers can use to list specific files, file types and folders to be excluded from being added or managed by a git repository.

We will now learn how files are added to a git repository and understand what git does internally to track and manage these files.

We will now expand further on the work we did in how to create a git repository and we are going to add our first file to that repository.

Lets create our first file, which will be a simple readme providing some description and regarding our project. Initially we'll do this using terminal command, for brevity.

if we now examine the root of the working directory we will see the README.md file has been created. At this point, even though the file exists in your working directory it is still not been tracked by Git. We now need to notify git that we would like to start tracking this file. To do this, we can simply use the following command to explicitly add the file.

This command adds the file to the Staging area, as we discussed in The Git Promotion Model. In the diagram below, you'll see that the git add command takes the file from the working directory and puts it into the staging area. 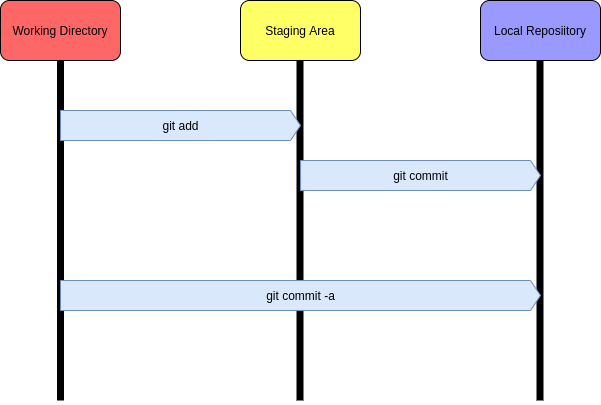 If we use the git status command git will let us know that it is aware of a new file, but it has not been committed to the local repository and also provide us with instructions on how we can remove the file if necessary.

We can go ahead and commit this file to our local repository and provided a message what we did. We discuss committing files in detail in How to commit files to a local git repository

If we do a git status after the commit Git will inform us that now there is nothing to commit and our working tree is clean. 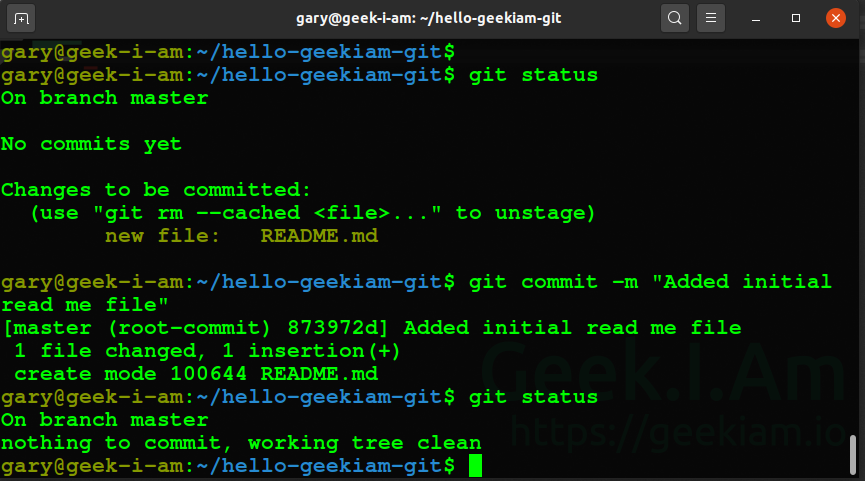 What is a working tree?

In Git 2.5 introduced the concept of a Work Trees. The concept behind work trees is that you can have multiple, separate working directories all connected to the same staging area and local repository. Your working directory in Git terminology is the main working tree . You can now also create linked working trees with the git worktree add.

As a software developer, you'll typically be developing new functionality or working on bugs while creating, editing and deleting any number of files during an average day. You don't want to be having to remember all these files and adding them one by one when you're ready to add them to your staging area. Fortunately, Git has some nifty short cuts for you to use.

Lets run through a typical scenario, by simulating a developer starting a new Node.Js development project.

The step we will undertake is to create a .gitignore file which you can learn more about in How To Create Git Ignore Files we will use the technique in How To Automate Creating Gitignore Files.

We will also initialise a new node project and add a new JavaScript file which will contain a very simple "Hello World!" program.

During a simple process we've created 3 files. We can add all of these files to the staging area using a Git switch --all

We could also use another Git shortcut

However, it is important to remember that this command stages new files and modifications, without deletions which our particular case is valid because we have not deleted any files.

It is important to remember that the git add command only adds the content of the specified files at the time the add command was run; if we continue to add and edit files after running the command then you will need to run the command again to ensure the changes are included in the next commit.

Git add enables software developers with a variety of options. In some cases you may only want to stage modified and deleted files, and not stage the newly created file. This use case can be actioned with the below command:

Git allows us to add all the same pattern files at once. Suppose I want to add all JavaScript files and CSS files, then we can use pattern .js or .css. To do so, we will run the command as follows:

You can undo anygit add operation using the git reset command. To undo adding file simply use the following command.