How to get started with Nuxt

When getting started with developing new applications, developers can often spend a lot of time agonising over which framework is going to be the best choice for their needs. There are a number of points to consider like which Frontend framework to consider .i.e. Vue, React, Angular, Meteor etc. and even once you've decided that, then comes the added complication which Framework will you use on top your framework.

We faced this exact same dilemma when we started with the development of Geek.I.Am, although we were always certain we were going to use Vue.js, as it is our preferred javascript framework, we were uncertain which vue based framework would be best. We initially started developing the website making use of Gridsome - A Jamstack framework for Vue.Js after a year, we decided to port our website to make use of NuxtJS - The intuitive Vue Framework for reasons discussed in Why move to Nuxt from Gridsome?

In this tutorial, we going to walk through some of the basic steps we went through in starting to create out server-side rendered application using NuxtJS, how we configured our development environment and deploy our new application to our Netlify hosting.

Nuxt is a progressive framework based on Vue.js to create modern web applications. It is based on Vue.js official libraries (vue, vue-router and vuex) and powerful development tools (webpack, Babel and PostCSS). Nuxt’s goal is to make web development powerful and performant with great developer experience in mind

What is a Universal Server-Side Rendered Application

There are both advantage and disadvantages to both traditional server side rendered applications and Single Page applications. Nuxt helps to leverage all the benefits of both while trying to eliminate the unwanted side effects.

Javascript has evolved to become an isomorphic language since the release of Node.js in 2009. Essentially what this means is that code written in Javascript can run on both Client and Server side. Isomorphic or Universal Javascript can be defined as a hybrid of client and the server side implementation of an application.

Using Universal Server-Side Rendering (USSR) your app will first pre-load on the server side, pre-render the pages and send the rendered HTML to the browser before switching to the client-side operation for the rest of the application's life span. Developing USSR apps from scratch is tedious and complicated because it requires a lot of configuration and plumbing code even before the actual development process can begin on the apps functionality.

The aim of Nuxt is to eliminate all this grunt work, by providing all the preset configuration and plumbing needed for you to create Vue USSR apps easily.

Advantages and Disadvantages of USSR

npx has automatically been shipped with npm since version 5.2.0., so there should be no installation required. To check if you have npx installed you can use npx --version which should respond with the version number. If npx not installed you can install it as follows

We can now proceed to creating our nuxt application using the create-nuxt-app command.

This will initiate a wizard process which will ask several questions regarding the type of application you would like to create. For the purpose of this tutorial, we will install axios, linting and Prettier configurations to create a Server Side Rendered application. 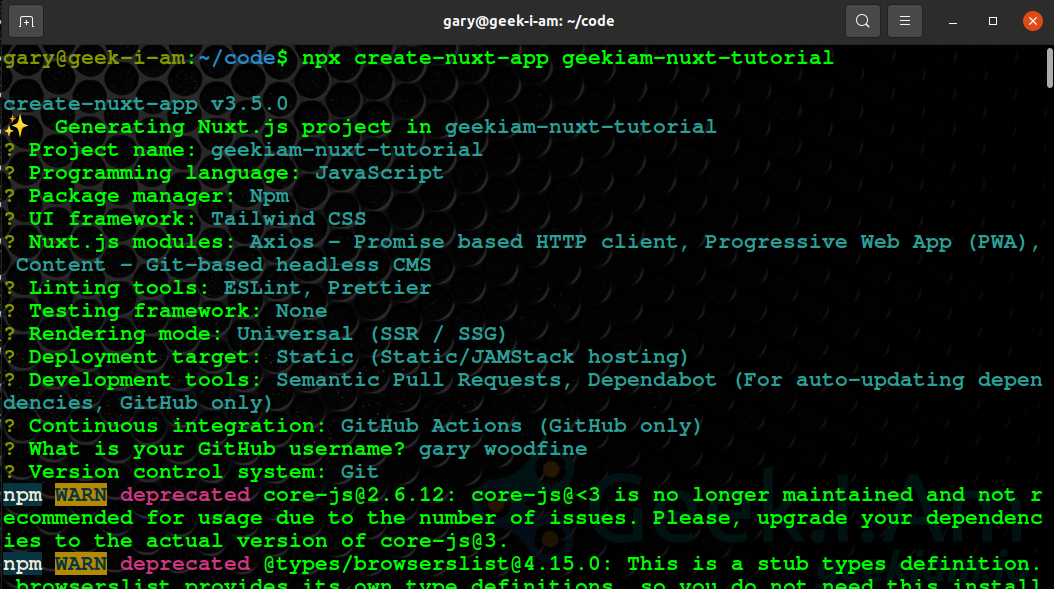 Once the wizard has completed, we can then change into the project directory created.

We can now run the following command in our terminal: 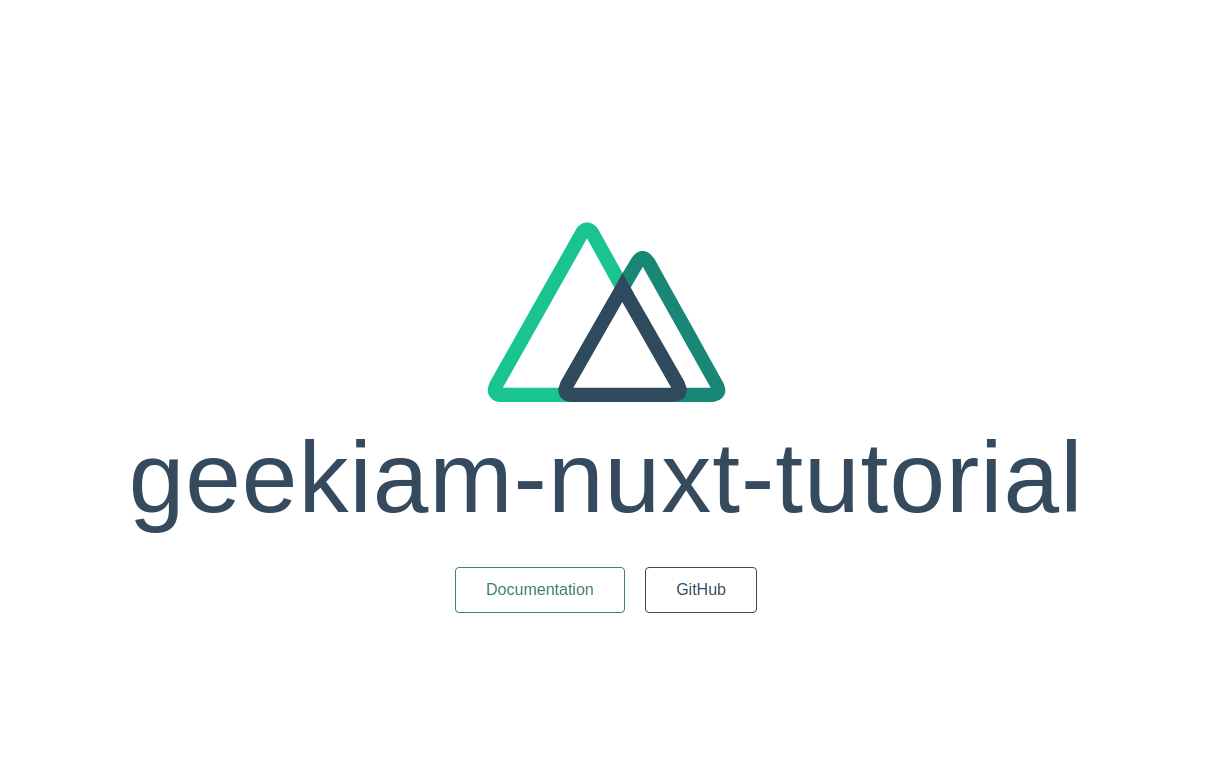 We have created our initial Nuxt Application and have it running. We now proceed to the next tutorial to understand nuxt project structure